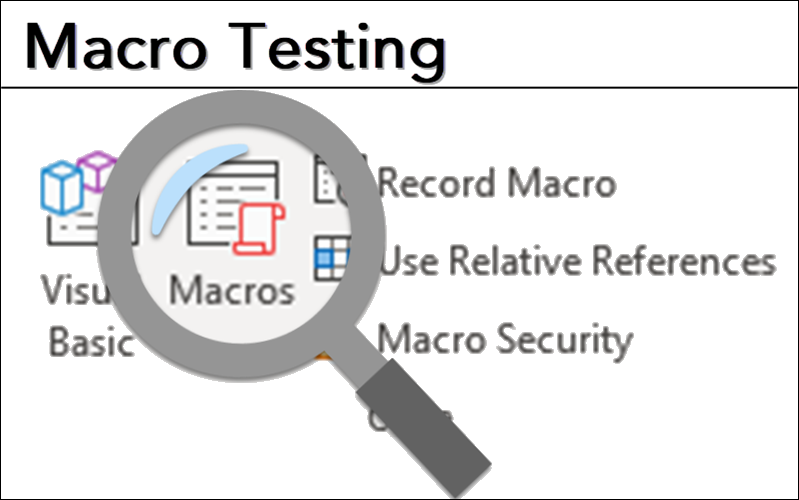 The final step, before sharing a macro with others, is testing. Why? Well, would you buy a car without giving it a test drive? Of course not. Similarly, you need to know that your macro is going to work before you put it into production. This blog post covers how to test a macro. It is the fourth article in a series about creating macros in Microsoft Excel and/or Microsoft Word.  The previous three articles in the series are What is a macro?,  Plan your macro or else…, and How to record a macro.

Step 1 – Undo any actions made by the recorder

Bottom line: any changes the macro made should be undone so your test can see if the macro will do all you expect it to do.

Before running the macro, put your cursor in a location that is different from where it was when you recorded the macro. For example, when I recorded the Insert_Column_Heading Excel macro my cursor started out in cell A1. Then later, I tested it by running it with the cursor starting out in cell C4. As you can see from the image below, the macro has a bug. If I had run the macro with the cursor in A1, I would not have noticed the bug.

If the macro you created is not listed, change the Macros in drop-drown menu to the location of the macro, see #2 in the image below. For example, if you recorded the macro into This Workbook, then it will not show if the drop-down menu is set to the Personal Macro Workbook.

Next, select the macro you wish to run and then click Run, see #s 3 and 4 in the image below. 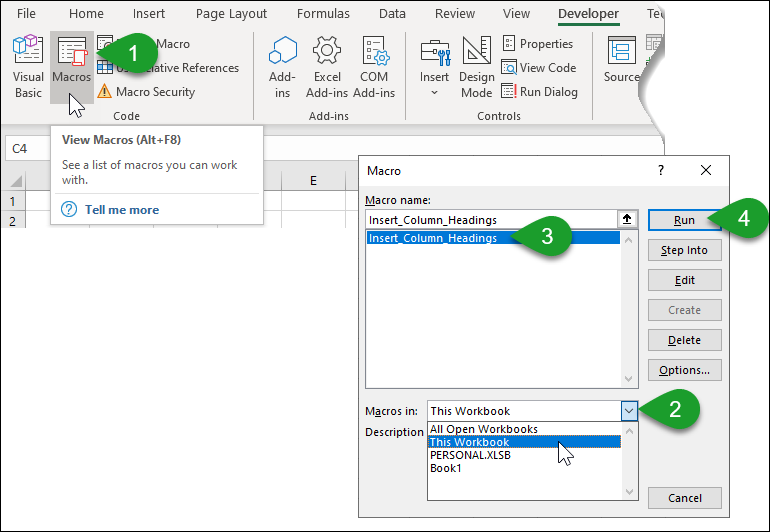 Step 5 – Inspect and edit the code

If you need to fix the macro you can either try to rerecord it (not recommended), or you can edit the code. To edit the code, repeat the steps you did for running the macro, but this time click Edit instead of Run. 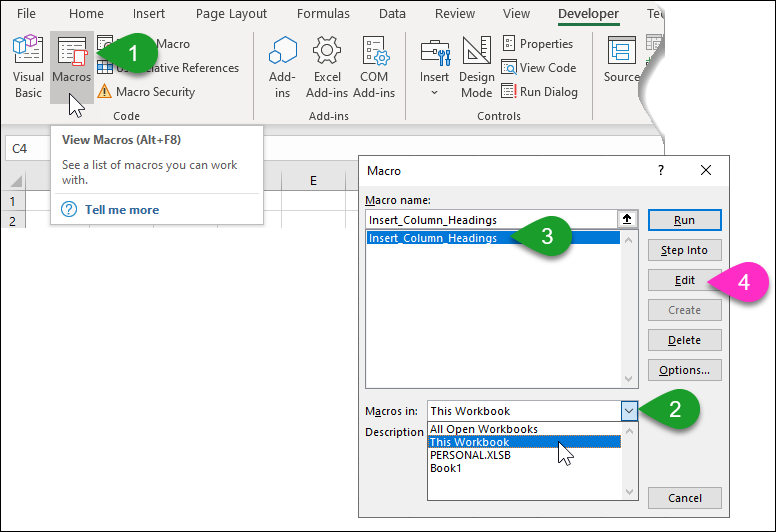 The macro’s code will be displayed in the Visual Basic for Applications editor. From here you can read the code, and insert, delete and/or modify statements as needed. 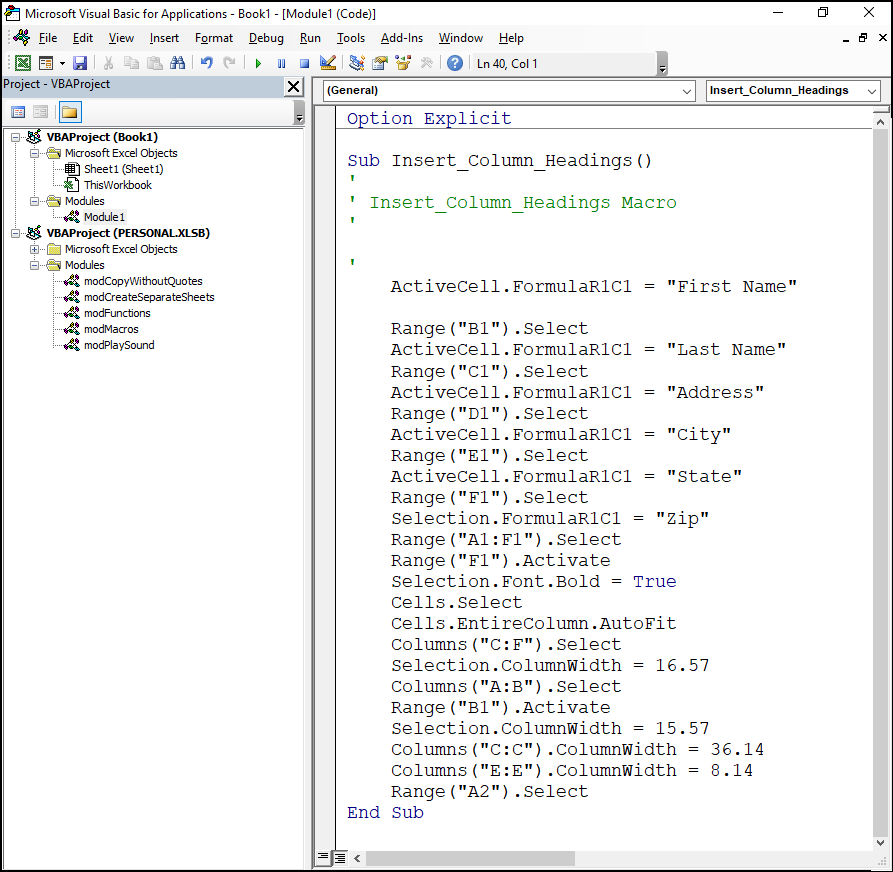 Although understanding VBA code is beyond the scope of this blog post, here are a few things to note:

The screen shot below shows the Insert_Column_Headings macro after it has been edited. 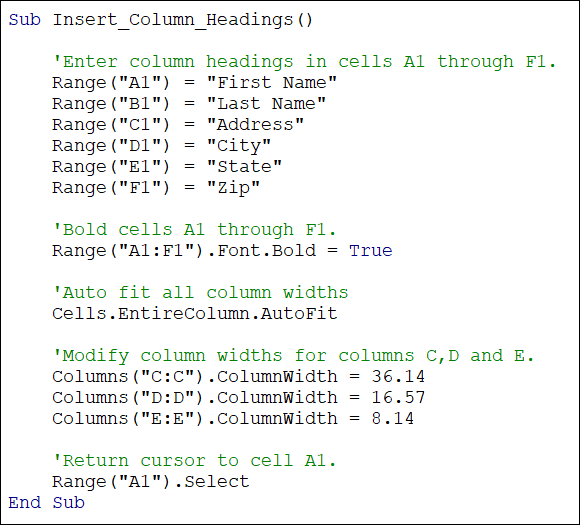 If you would like to learn more about the VBA programming language, consider signing up for the TechMentors Excel VBA Macro class.